I’ll be really honest, when I was offered a selection of Mavis Cheek novels – all of which were promised to be fun, comforting, enjoyable women’s fiction – I chose this one because, well, I like dogs. I’ll tell you now, it does not centre around a dog, rather, the acquisition of a sluggish pet pooch launches us into a story where Patricia, a middle aged woman in a middle of the road marriage, strives for something more. 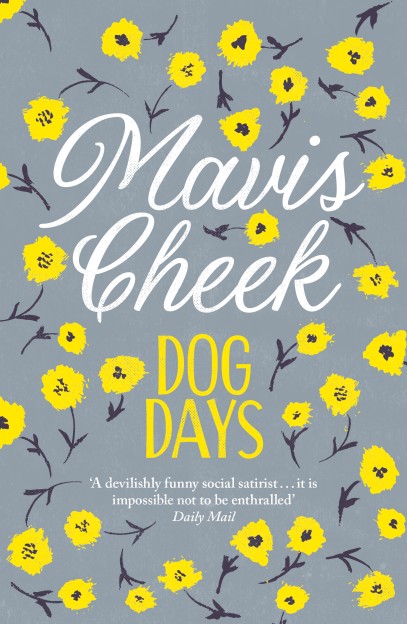 When her sweet daughter asks for a dog, who is Patricia to say no? Maybe this will fill the void that will be left by her father. Of course, this isn’t how it goes. But it was worth a shot. Patricia is ready to be a single mother. Though her husband is willing to fight for her at the start – finally loosening his purse strings – it is too late. Unfortunately for Patricia, once this realisation hits home over a rather comical scene with an umbrella and a bruised washing machine, he is the first to move on.

As the good mother she is, Patricia concentrates on her daughter who is dealing with the divorce relatively well, relatively, so long as her mother doesn’t find someone else like her father has. Patricia’s friends have other ideas though. It’s not long before Patricia can’t go to a friendly get-together without feeling as though she’s being set up. It’s just not what she needs right now, she’s got all the company she wants – she has her new part-time job, her daughter, and her waste-of-space dog who only lurches into action when next-door’s rabbit shows up. Sure, she’s just fine as she is…

This book is just what I hoped it would be. Mavis Cheek has a charming turn of phrase and a skill at creating believable, rounded characters who you want to follow through the 200 odd pages which skip along with ease.

I met Mavis a few months ago and she is just as charming as her books – we were very happily discussing her home and her experience of being a writer. On a geeky note, we were oggling a print out she’d brought along of her income through library lending. Isn’t that great; each time we borrow a book from our local library, it gives a little (just tuppence really, but it still counts) to the author. Brilliant – Mavis, her books and the library lending system.